What does it mean to be an Olympian?

When a lifetime of training—full of innumerable repetitions, practice sessions, and sacrifices—finally pays off, how does it make an Olympic athlete feel? What does it truly mean to be an Olympian?

I recently asked seven Rio-qualified gymnasts that question. When asked to put their monumental accomplishment into words, these Olympians discussed how it is a “dream come true” and definitely a great honor. “To represent your country in something you love, [have] dedicated your entire life to, and have worked tirelessly for is incredibly rewarding,” says Houry Gebeshian of Armenia. “It is not always about winning, but enjoying the journey of how you got to become an Olympian is the true gift.”

“To me, being an Olympian means having the opportunity to fulfill a lifelong dream of competing against the best in the world in the sport that I love,” says Isabela Onyshko of Canada. “I feel exceptionally honored and proud to have been given the opportunity to represent my country at an Olympic Games.”

Seven-time Olympian Oksana Chusovitina, age 41, began competing internationally for the Soviet Union, but now she represents her native Uzbekistan. “To be an Olympian means pride not only for yourself but also a pride for your country,” she says. “Wear your country uniform in front of the whole world and represent in [the] best possible way by competing.”

Jamaica’s Toni-Ann Williams says, “Going to the Olympics is something that I have always dreamed of, so it is pretty surreal right now. Being an Olympian is more than just a title. It is a feeling. The feeling of having your heart swell with pride and joy because you’re able to represent your country and inspire a new generation of athletes.”

Competing in the Olympics brings a variety of emotions to the forefront. “[To] go up on stage under the eyes of the world is certainly very beautiful, but at the same time [it] is very stressful,” remarks Italy’s Vanessa Ferrari, who competed in Beijing 2008 and London 2012.

Two-time Olympian Elisabeth Seitz of Germany says that the main emotions she feels right now are huge joy, pride, relief, satisfaction, gratefulness, luck, and honor. “Being an Olympian is the reward for very hard work and the greatest thing that an athlete can achieve!” Seitz declares. “I feel very much relieved after having gone through very hard times in 2014 and 2015, as there had been people who had told me to finish my career and had tried to bring me down. Therefore I also feel a big satisfaction as I have proved the opposite. Being an Olympian is an outstanding experience in my life.”

When an athlete finally achieves their lifelong goal of becoming an Olympian, they’re reminded of the people and communities who helped them on their journeys. “Being an Olympian for the second time makes me feel very grateful towards my new coaches from Stuttgart, the German Gymnastics Federation, and to everybody who has trusted in me and given me support,” says Seitz. “[Now I am] able to give something back to all these people who have put so much effort into working with me and the other girls.”

New Zealand gymnast Courtney McGregor feels “extremely grateful to have been selected and thankful for all of the people who have helped me get to where I am today; all of my coaches, my home club (Christchurch School of Gymnastics), and especially my family.”

Williams, who competes for Cal in NCAA gymnastics, made the difficult decision to forego the NCAA Championships in April in order to compete at the 2016 Olympic Test Event. Her ultimate reward for this sacrifice is the knowledge that she’s pioneering high-level gymnastics in Jamaica. “To be an Olympian means that all of the hard work that my coaches, family and myself have put in is paying off,” said Williams. “To me, it means that a new era of gymnastics is beginning to emerge in Jamaica.”

Gebeshian works as a physician assistant for the Cleveland Clinic in addition to her gymnastics training. She pushes through her rigorous schedule in order to establish a precedent of Olympic gymnastics in Armenia. “Becoming an Olympian gives me relief,” Gebeshian says. “I finally have a feeling of ultimate accomplishment in my athletic career. It also gives me hope that I have paved the way for my country and others can follow in my footsteps in the future.”

McGregor is New Zealand’s sole female artistic gymnast competing in Rio. As is also the case with Jamaica and Armenia, New Zealand hasn’t had the strongest gymnastics presence in the past, but their program is changing rapidly thanks to the dedication and talent of their athletes. “I hope that I have inspired some of the younger generation of gymnasts in New Zealand by showing them that it is possible to make it to the Olympics,” says McGregor.

The feeling of being an Olympian stays strong no matter how many times you’ve stepped onto the Olympic stage. “This is my third Olympics, but it [feels] as if it were the first,” Ferrari states. “I will try to do my best, [because] as always, if [I] were to get a good result, it would be the crowning of a career.”

“Since a little girl my dream was making [it] to the Olympics and when this dream came true, feelings of happiness, excitement, butterflies, pride, and emotions came over me!” recalls Chusovitina. “I have been to six Olympics and when I qualified to [my] seventh in Rio, [I still felt] the same, it never changes.” 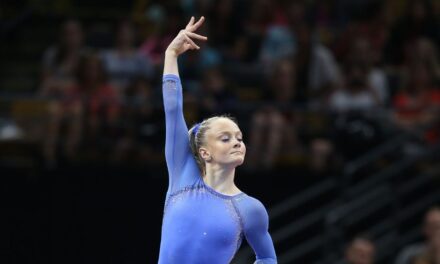 Van Wicklen Among 18 Men to Qualify to U.S. Championships 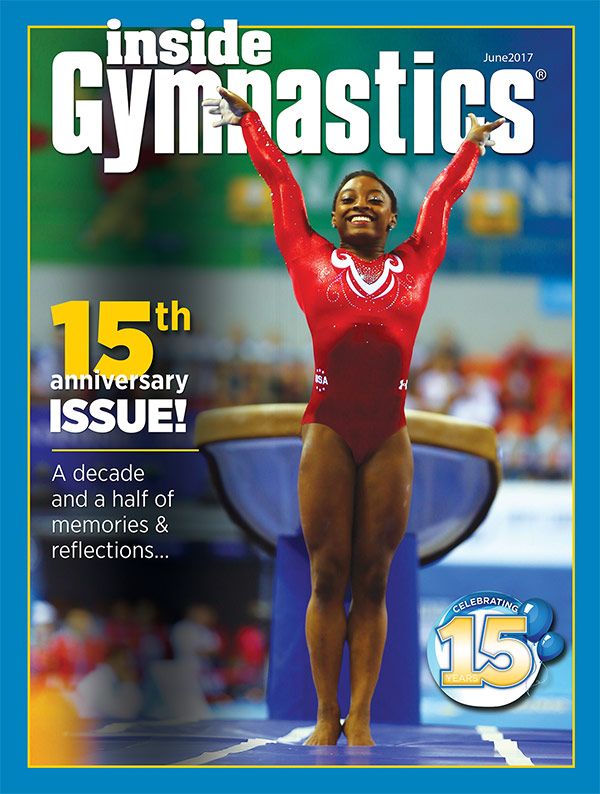 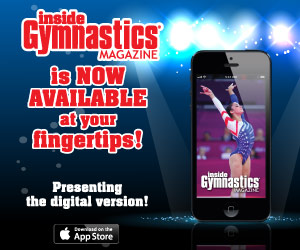