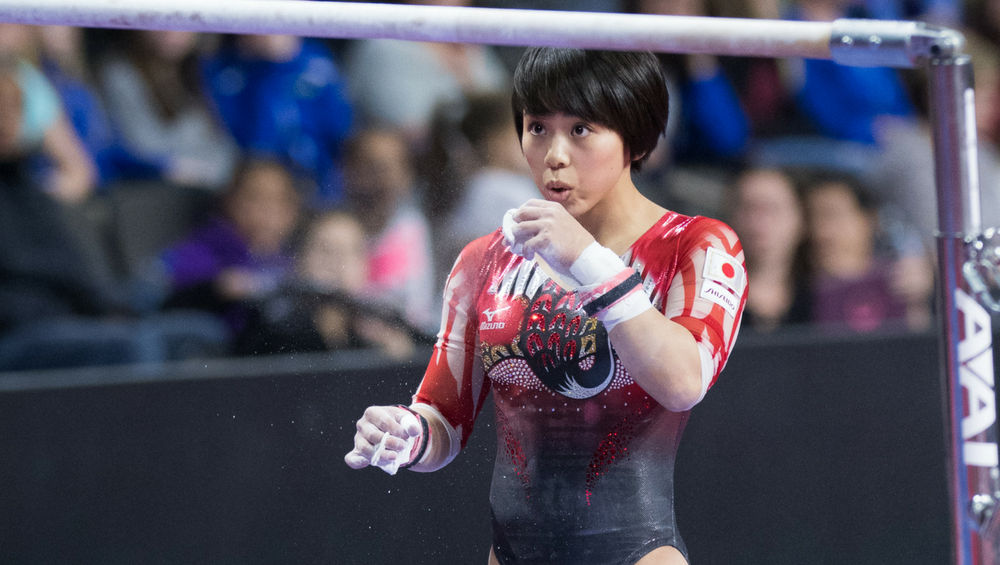 With the spring competition season in full gear last month, we enjoyed some remarkable competitions and celebrated dozens of noteworthy performances from top countries. With Japan and Russia staging the first competitions in their Worlds selection process and the United States dominating the Pacific Rim Championships, we saw plenty of routines in April that you won’t want to miss!

The Russian Championships – held in Penza, Russia, this year – always provide an invaluable look at Russia’s top athletes before the summer season kicks off. Angelina Melnikova – who impressed on the World Cup circuit this spring – captured the all-around crown in decisive fashion with a two-day total of 113.497.

After a shaky mount, Melnikova settled into a confident and elegant performance with this beam routine. Despite a low landing on her full-twisting double pike dismount, Melnikova proved that she is one to watch on this apparatus with her expressive style.

Two-time Olympic Uneven Bars Champion Aliya Mustafina demonstrated once again that she is the Russian queen of bars:

If you want to see a super creative beam routine from a young Russian gymnast, check out the innovative composition in this performance from Varvara Zubova:

Another major competition last month was the All-Japan Championships – the first qualifying meet for Japan’s Worlds team selection. Kohei Uchimura finished third in the all-around after a fall on pommel horse on day one, while newcomer Kakeru Tanigawa won with a two-day total of 172.496. Here’s a clip of Kohei’s fabulous vault, which scored 14.400:

Tanigawa excelled on pommels with this outstanding routine, scoring a 14.700:

This beam routine was classic Teramoto, with flawless artistry and a stuck 2 ½-twisting dismount:

Morgan Hurd had two unfortunate falls on balance beam, but she hit well on uneven bars with her clean pirouettes and easy swing:

Fifteen-year-old Jordan Bowers impressed on floor exercise, scoring 13.350 and winning the junior all-around gold. Check out our new interview with her! 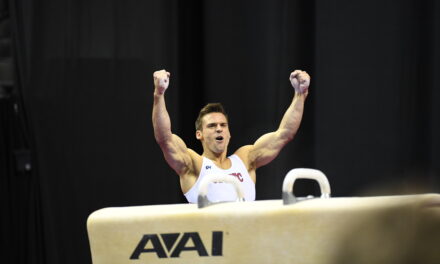 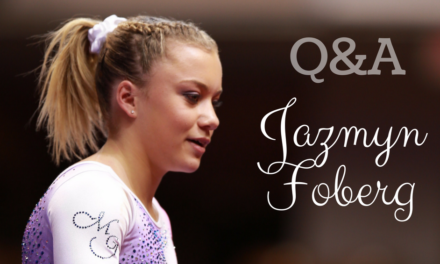 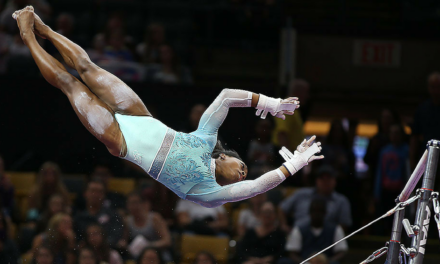 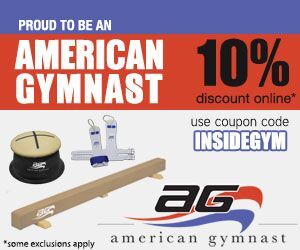