Rise. And Fall. And Rise, Again. The Olympic Games: The Pressure, The Perseverance, The Passion | Tokyo Olympics | Inside Gymnastics 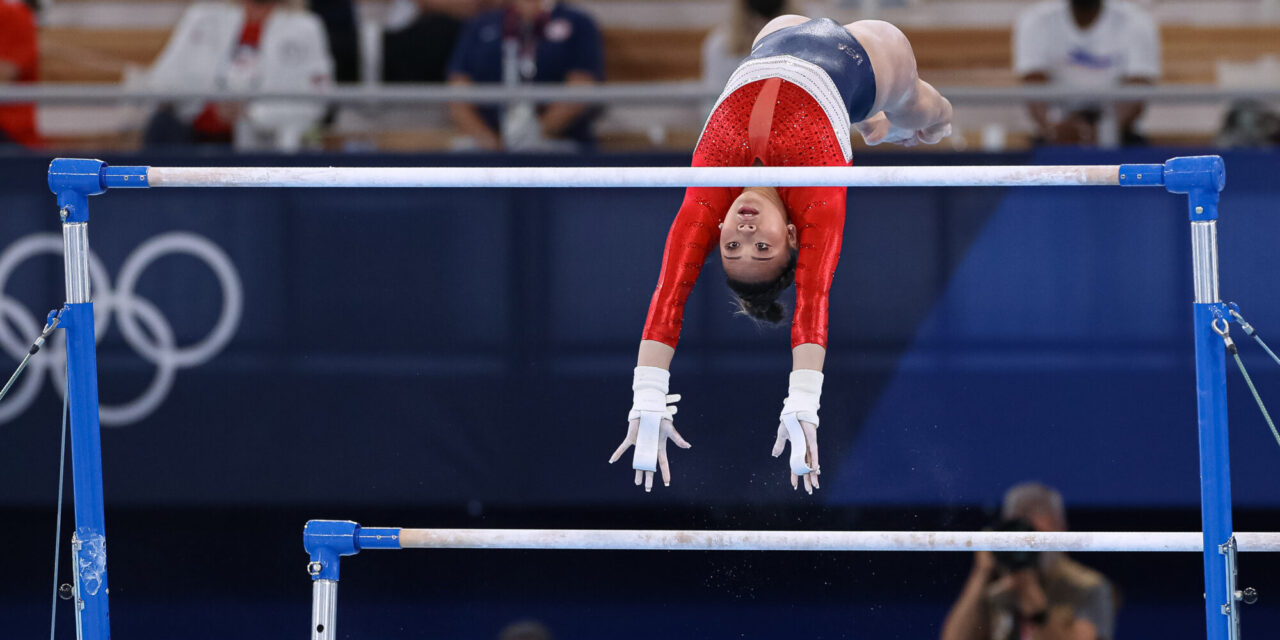 Rise. And Fall. And Rise, Again.

The Olympic Games: The Pressure, The Perseverance, The Passion

“I didn’t think I would ever be here,” newly crowned Olympic Champion Sunisa Lee shared in the moments after her golden performance in Tokyo. “There was one point that I wanted to quit. So, to even say that I am an Olympic Gold medalist, and just be here, is just so crazy.”

A combination of many different factors contributed to those feelings where, at one point, she had questioned her future in the sport. From outside-of-the-gym factors including issues her family was dealing with to physical setbacks in the gym, including an ankle injury, she faced a number of obstacles on her path to achieving a lifelong dream. Through a support system of family, friends, coaches, she persevered, in the sport she loves. She’s now an Olympic Champion!

Ask any athlete in any sport in Tokyo if they had thought about giving up their sport at some point in the years-long journey to the Games, and the majority would likely say yes, at some point they considered it. Elite athletes – and athletes at any level for that matter – have periods of greatness and periods of struggle. It’s part of sport. It’s part of life.

Sports can push the physical and mental boundaries beyond normal human capabilities at times. And pressure can come from so many different angles.  It’s normal. It’s real. Some of the pressure can be related to the sport itself, others can come from external sources.

At the most Elite levels of not only the sport of gymnastics, but again, in many sports, thoughts of walking away, sticking with the plan, or making a comeback happen often. When you are talking about years of dedication, it’s inevitable that at times, the climb to the top may seem insurmountable. And no doubt, there are peaks and valleys all along the way. At times, you are on top of the world, winning medals, with affirmation from judges, coaches, peers confirming what were once far-reaching dreams, are actually within grasp. And then at times, struggles ensure. Physical injuries may happen, mental stresses may present stresses. Or sometimes, you just want to feel ‘normal’ without being defined just by your athletics.

But ultimately, it’s usually the immense love of the sport that prevails and helps drive that perseverance. And that deep desire within them to achieve a goal. You hear many people at the Games talk about the Olympics being the culmination of their lifelong dream. They talk about what flashes through their minds when a medal is being placed around their neck. They think about the triumphs and challenges at every point along the way. Without question, they had experienced setbacks all along the way. They had experienced thrilling victories. They had experienced defeat. In their path, they experience pressure. Sometimes mental. Sometimes physical.

In the summer of 2020, just as gyms were returning to full practice, Lee fractured her left ankle. Her goal of making it to the Olympics, her lifelong dream was in question. “Quarantine and, when I broke my foot,” Lee explained, were the hardest times to fight back the desire to leave the sport. “It just wasn’t getting any better, and it just felt like I wasn’t ever going to be able to make it to the Olympics.”

When everyone else was giddy with excitement to hit a springboard, Lee was forced to wait. She spent time in a boot and hours on rehab and strengthening. Through the most challenging days during the pandemic, when home-bound handstands were the only option, Lee persisted. Physical hurdles are a part of sports, but their occurrence so close to the Olympic push can wreak havoc on nerves and mental preparation. But, with extra therapy and rest and time, her dream began to take flight again. She persevered.

Right next to Lee on the podium was silver medalist Rebeca Andrade of Brazil. Her story is also one of perseverance. She had three anterior cruciate ligament (ACL) tears in four years. The most recent in mid-2019. Recovery is extremely tasking –  waiting to bear full weight, learning to jump again, learning to trust your knee, and even going up and down the stairs, (let alone landing a skill with eight times your body weight!) is an incredible feat with this injury. Most recreational athletes have a difficult time not limping within the first year. But Andrade would not be denied. She worked through the process methodically. She returned to the sport she loves, with the biggest goals still in mind throughout those challenging times. And in Tokyo, Andrade has been at her absolute best, looking stronger and more confident than ever. It’s been truly remarkable to watch her.

A goal and a vision guided them. Their passion and their love of the sport drove them. Olympic gold and silver is now theirs for life! 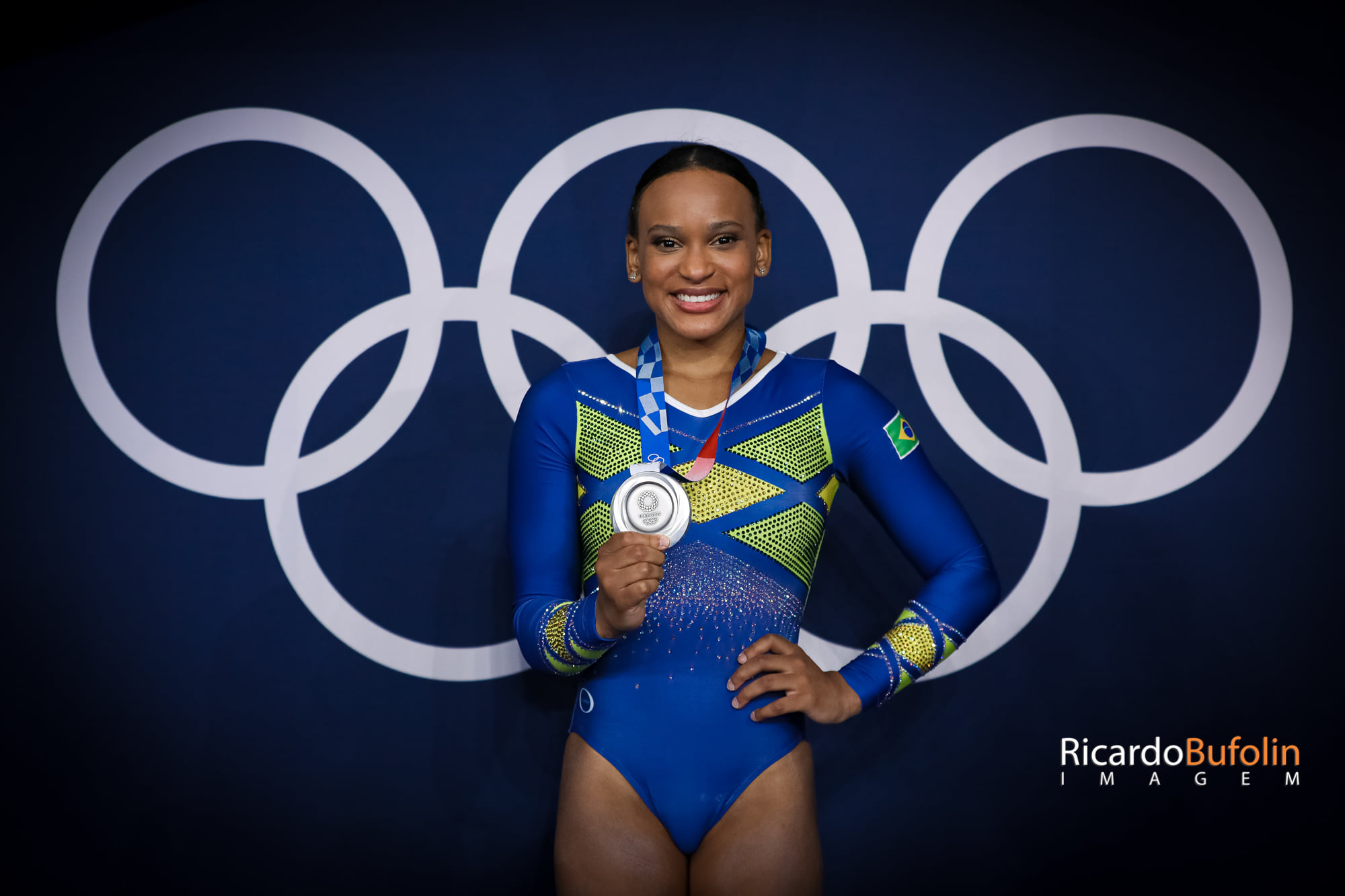 Photo by Ricardo Bufolin for Inside Gymnastics

Subscribe now at www.shopinsidenation.com for our Inside Gymnastics magazine Commemorative Olympic Issue! 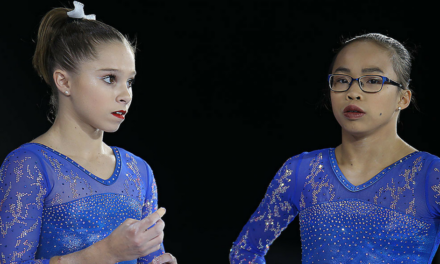 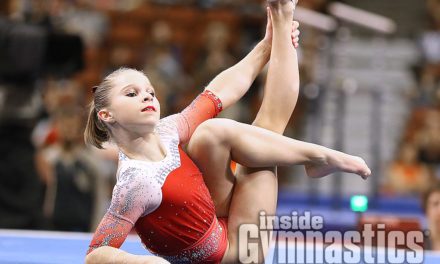 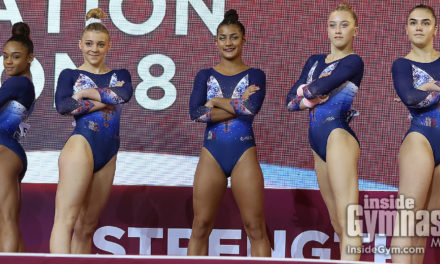 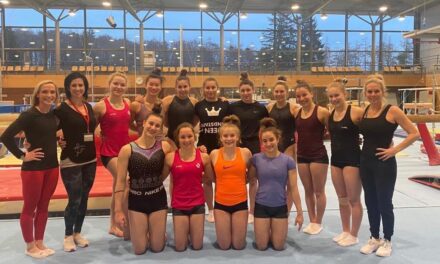 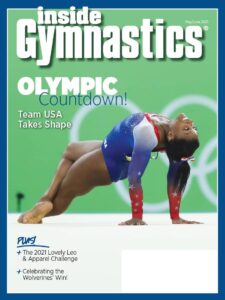