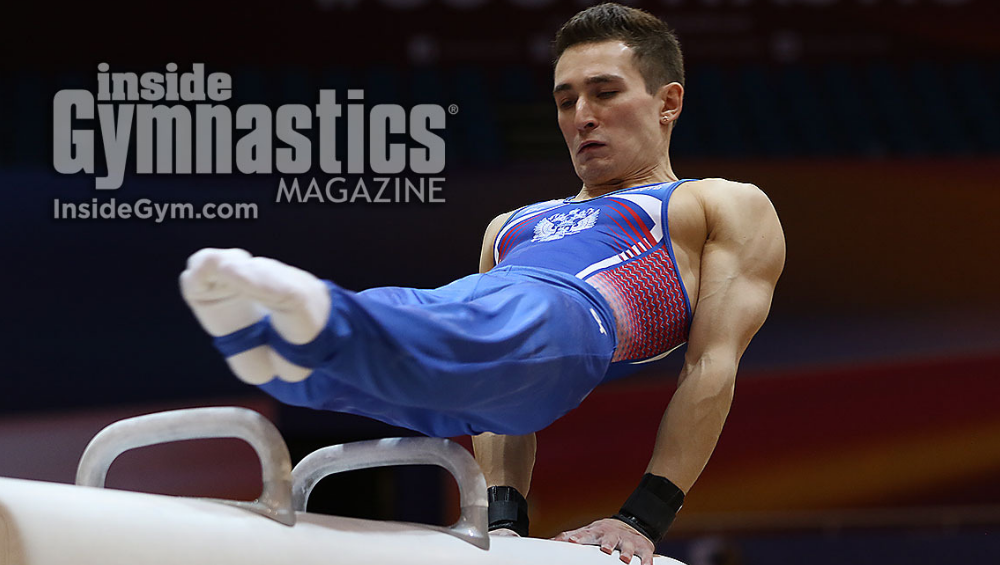 It’s here! The 2018 World Championships in Doha, Qatar, have officially kicked off with the first day of men’s podium training. We also saw snippets from the training hall of what to expect from the ladies when their time comes…

Here’s a roundup of what happened on social media on day one in the desert (seriously, it’s like 100 degrees):

Mustafina showed off her double layout

Aliya Mustafina is only set to compete on bars and beam at this Worlds. And yet… we still got a glimpse of her training floor in Doha, including a double layout, a beautiful triple turn, a double tuck and a double Y-turn.

David Belyavskiy of Russia posted a team photo after men’s podium training, with the caption “Today our team had podium training!” Expectations are high for the Russian men, who took the silver medal for their performance in Rio.

… And so is the Flying Dutchman

High bar Olympic gold medalist Epke Zonderland, better known as the “Flying Dutchman”, showed off his thrilling routine in training. Wonder if his new baby is watching from home?

I could watch this all the live long dayhttps://t.co/k5VZ0VNb0R

It may have been a rainy couple of days in Doha (inside and out), but Team USA’s ladies brought the rainbow with them, along with some incredible skills—like Simone’s brand new vault.

Verniaiev on the fence over all-around

Ukrainian star Oleg Verniaiev showed off his skills at podium training, but according to Scott Bregman, he’s unsure of whether he’ll be able to compete in the all-around competition. Verniaiev had surgery on his leg and shoulder last year and has been on the comeback course ever since.

Verniaiev on PB in podium training.

Not the final product. I'm sure he'll look much better come competition day. It's MAG training after all. One has to temper standards.https://t.co/NbhZfmWRIv

You might see some familiar faces among the coaches this year: Liang Chow, Valeri Liukin and Mihai Brestyan have all headed abroad, coaching in China, Brazil and Australia, respectively. Maybe we’ll get a reunion selfie with Team USA?

Day one of training is in the books for the women of Great Britain. Will they make it on the team podium this year?

Jennifer Sey Shares Her Perspective on the Current State of U.S. Gymnastics

Three First-Year Seniors to Watch in 2018